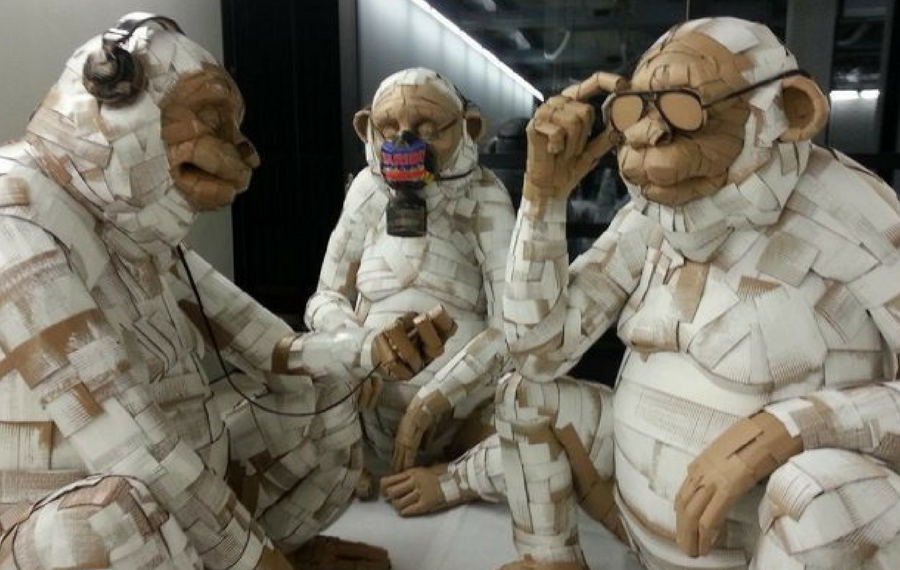 What if Art Ruled the World?

You could make the case that a neighbourhood only becomes really vibrant once it has attracted  a collective of artists to the area. Attracted by cheap property rates, artists bring their unique ideas, and emphasis on creative endeavors, and eventually recreate the vibe of the neighbourhood. Why? Because an artist can be inspired where other people cannot. It has happened from New York to London, and even in our very own Mile End, and it may yet happen here. After all, this process is in constant evolution, once a neighbourhood becomes known for its vibrancy the artists get priced out, the neighbourhood then loses that certain je ne sais quoi and the next generation look for a new place to set up shop.

DCMTL Blog have taken the time to profile three local artists who have seen the potential in our hood, please allow us to introduce you:

Québec city native, Laurence Vallières is quickly becoming an internationally renowned artist. Her creation of large-scale, often animal based, cardboard sculptures have already been exhibited in Germany, France, Sweden, South Korea, and the US. Multi talented and well traveled, Laurence is constantly developing her unique form of self expression: “I have always felt a strong urge to create and communicate my observations. My work is about human relationships, communication and political issues. I am inspired by working with animal imagery and aesthetic techniques that have been recycled many times through history like fables or political cartoons”. Laurence has a studio right here in District Central.

Montreal based street artist WIA (aka. WhatisAdam) got the artistic bug when his father began fetching comic books home for him. A love of comics soon evolved into an interest in painting, sculpting, and screen printing. His style is reminiscent of vintage comics and pop art and includes ‘comic-book cover’ posters of prostitute Deers, tattooed Mallards and cans of Maple ‘Sizzurp’, all of which can be seen in the alleyways and streets of Montreal and Brooklyn. WIA is interested in juxtaposing traditional stereotypes into unfamiliar situations, a trend that all three featured artists follow to a certain degree. “I always try to play with the idea of Canadian stereotypes and depicting them in a fun new way. I want to show people another side of Canadian contemporary art”. In addition to Montreal, Whatisadam’s work has been found in the streets of New York, Paris, Toronto, Miami, and Mexico City.

One of the most mysterious and beloved players of the Montreal street art scene, Stikki Peaches work references pop art and iconic figures, ranging from Batman and Darth Vader to Elvis Presley and Mozart. His work can be seen on the streets of Paris, London, Berlin, Los Angeles, New York, and Barcelona. He believes that working anonymously allows him to continue creating and exhibiting his art: “it just gives me that liberty to move around, to do what I do and not have a face or name to my work”.

Stikki Peaches, along with Laurence, and WIA, are here in part to remind us of the power of art, as Peaches puts it: “Art most definitely rules my world, art has always ruled the world: you just gotta open your eyes and mind to let the goodness in”. 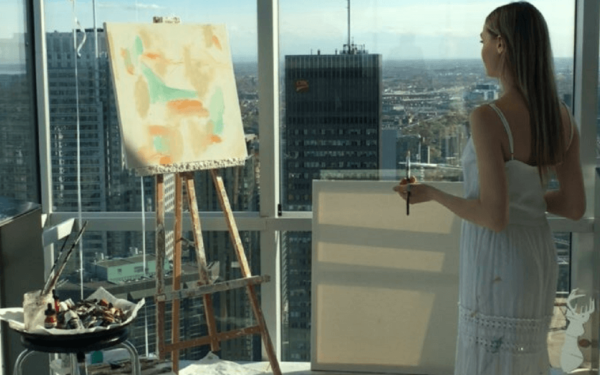