DCMTL and Nudabite teamed up and attended a wine tasting event hosted by Le Bourgogne aligoté, Autrement,  guided by Guilhem Goisot of the Domaine Goisot wine house, in the lovely the Coureur des Bois Bistro Culinaire situated in Beloeil.

This lovely evening was set up to sample a variety wines from Bourgogne Aligoté line, grown and produced in the Bourgogne region of France. France’s Bourgogne region is where the Aligoté grape, used for the production of white wines, flourishes best. Of the 2,000 hectares planted in France, more than 1,800 are in the Bourgogne wine growing region, from the Chablis region to the Mâconnais.

Now, I have to say I’m generally not a huge fan of white wine, but I must admit I thoroughly enjoyed the flavour journey we took through the vineyard of Bourgogne.

Below are a few of the notable Bourgogne Aligoté wines that I enjoyed most:

We began the evening with an entrée of Fresh oysters served with grapefruit snow crab meat and white wine muscle espuma, paired with our first three wines: Maison Albert BICHOT 2015, Maison JAFFELIN 2014, Domaine ARNOUX Père et fils 2014. With its light and fresh aroma of wild fruits apples tones of citrus, complemented by its tart but subtle flavor and it’s  light and pleasant aftertaste, Domaine ARNOUX Père et fils 2014 stood out as an early favorite for me.

The first course consisted of a Shrimp Rillettes and smoked sturgeon with New-Brunswick caviar and citrus olive oil. This was paired with the: Louis ROCHE 2014, Domaine GOISOT 2014, Domaine ROUX Père & fils 2014. In this second round of tasting, I was pleasantly surprised by our hosts own Domaine GOISOT 2014. It might be due to my preference for red wines, but the light, dry and fruity flavour of this wine took the highest marks from me in this second round of tasting. 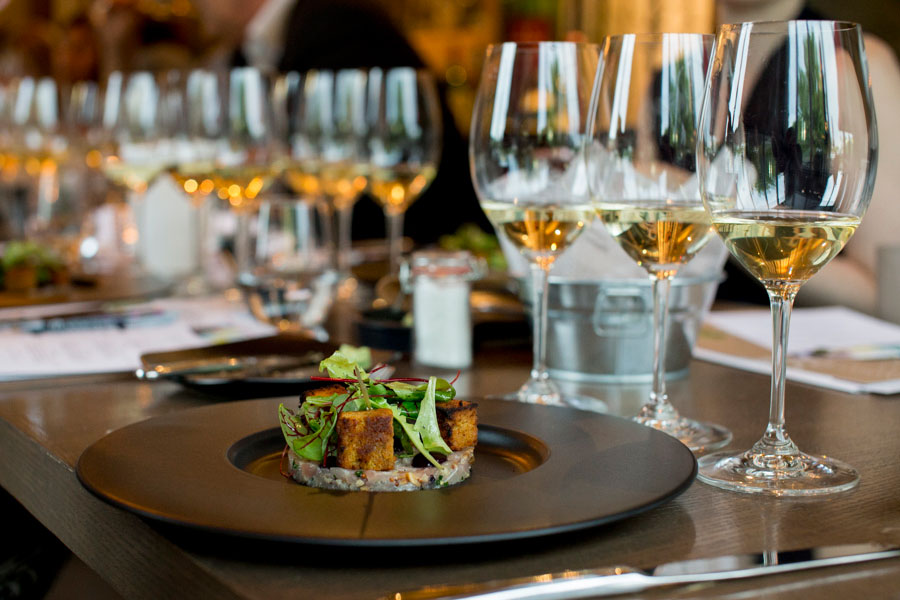 The second course was a delicious Sandstead rabbit tartar with blueberries in hazelnut oil to go along with our: Domaine CHEVALIER Père & fils 2014, Domaine BUISSON-CHARLES 2013, Jean-Claude BOISSET 2013. The Domaine BUISSON-CHARLES 2013 stood out for me in this round. I found it’s fresh and fruity aromas and flavours to go best with our rabbit tartar as if the two were intended to only be served with one another.

We ended the tasting with an Alaskan black cod poached in cider, Celeriac mousseline, and lemon butter confit. Our pairing list for this final round consisted of BOUCHARD Père & fils 2014, Domaine René BOUVIER 2014, Domaine Jean-Marc BROCARD 2013. In the end, it was the BOUCHARD Père & fils 2014 that impressed me the most of this pairing list, its delicate bouquet and fresh taste the perfect blend to close off a lovely evening of fine dining. 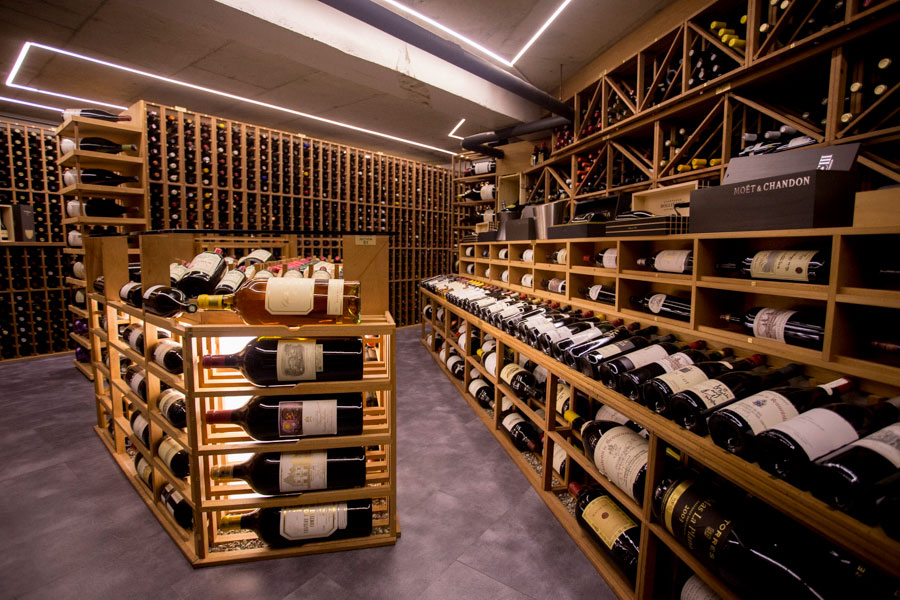 Wine tasting and gourmet cuisine aside, one of the many interesting info bits that we discovered was that the Coureur des Bois Bistro is home to the 3rd the largest wine cellar in Canada.

I would strongly recommend taking a drive across to the south shore to check out the Coureur des Bois Bistro Culinaire. Its decadent menu and excellent wine selection and elegant decor are perfect for a romantic night out, or a soiree spent among friends. 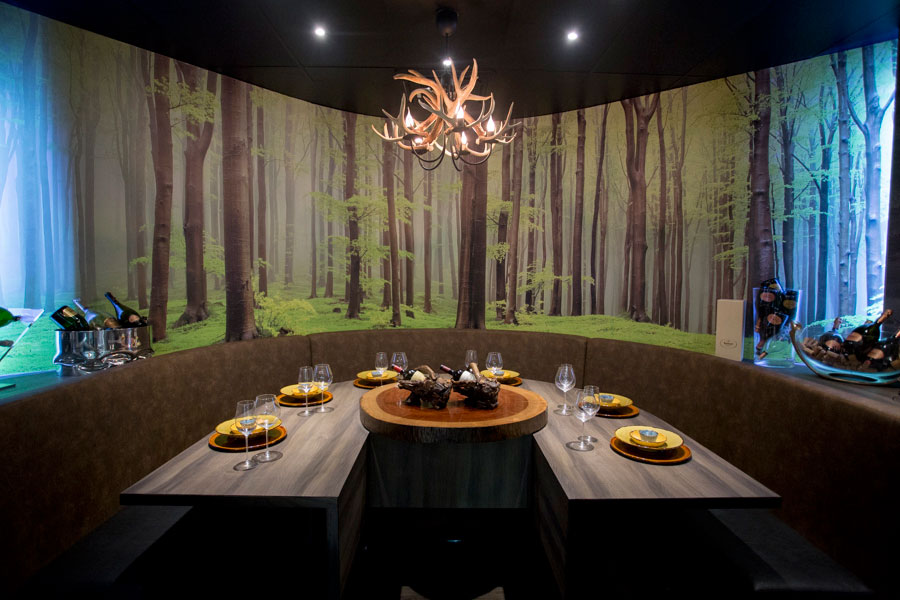 *Media event invitation provided the meal and Bourgogne Aligoté wine tasting. This article was written without obligation or monetary exchange. 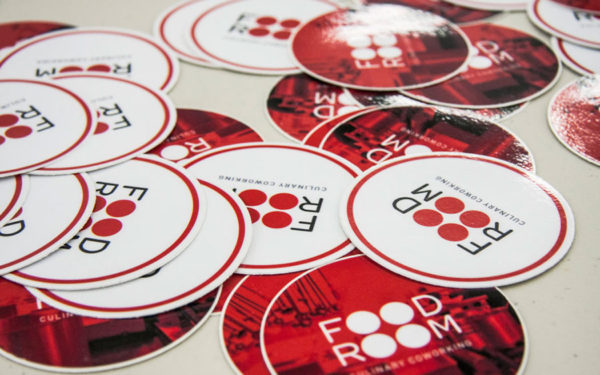