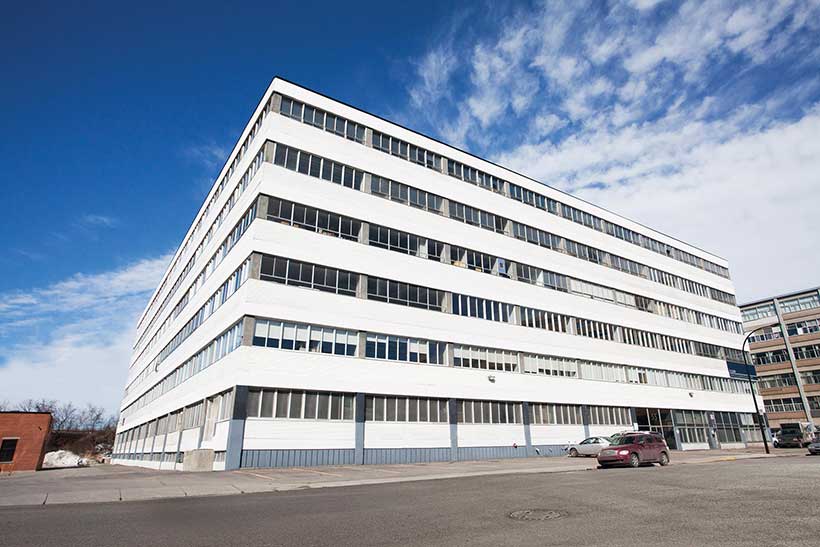 A group of investors are making a bet on the Chabanal area of Montreal, once the city’s famed Garment District in more prosperous years. They’re seeking to turn it into a new, revitalized neighbourhood.DCMTL (District Central Montreal), as the consortium of investors and building-owners have called themselves, will invest $20 million over five years to help transform some of the area’s oldest buildings from manufacturing and textile plants into modern tech startup hubs.The area is primarily along Chabanel Street in the Ahuntsic neighbourhood of the Ahuntsic-Cartierville borough, close to Chabanel Station. It housed Montreal’s garment district from approximately 1964 to 1985.

“We don’t need to look very far to see great examples of neighbourhoods that have re-invented themselves: New York’s Meatpacking District, SoHo, and Brooklyn are great case studies south of the border. Closer to home we can think about Toronto’s Fashion District or the impressive movement in Griffintown here in Montreal,” said Frédérick Lizotte, DCMTL Development’s VP of commercial development. “We hope to bring new life to one of Greater Montreal’s most centrally located, yet forgotten business centres.”

It’s a noble pursuit by the group of investors who, according to Lizotte, have all lived in the neighbourhood for 40 to 50 years. They saw the good years, highlighted by the Garment District, and they’ve seen the area slowly decay after tough economic realities struck.

In order to attract startups and SMEs to rent office space in Chabanel, DCMTL will offer an “unbeatable” commercial lease at $10/sqft (including utilities), with a five-year commitment. Not only that, the building owners are footing the bill for up to $30/sqft for tenant improvements.

According to Les Affaires’ Mathieu Charest, the average square foot in the greater Montreal area rented for $18.97/sqft in the first quarter of 2016 (according to CBRE, a real estate consulting services firm.)

“We said we need to focus on startup entrepreneurs. We asked ourselves, ‘How can we help these companies that want to be successful?’ So that’s why we came up with the unbeatable price of $10/sqft, everything included,” Lizotte told MTLinTECH. “After that we asked ourselves, ‘How can we take that further and invest in these companies?’ And that’s where that $30/sqft in tenant improvements come in.”

Located between Saint-Laurent and Highway 15, and between Fleury and Legendre, DCMTL will target its initial renovations on buildings at 9500 Meilleur, 1401 Legendre, 55 and 350 Louvain West. “High tech, digital, communications, professional services, human resources, culinary, SMBs, and financial services will be some of the main vectors for growth as the neighbourhood transforms from its origins in sewing and manufacturing into a thriving sought-after business address for young and growing companies,” added Lizotte.

Calling the sad state of the ‘City of Fashion’ grey and concrete-coloured, Charest wrote that the Chabanel sector of town needs a serious injection of love.

Indeed, the rent prices being offered by DCMTL are “very, very low.”

Marc-André Lanciault, the CEO of Karelab, told Charest that he first searched for office space in the Old Port, where expensive prices at $30/sqft were too expensive. He came upon 55 Louvain West and didn’t look back.

“I rent approximately 6,400 square feet for $10/sqft. I prefer to invest in my employees and my company than in rent. Besides, I don’t need to impress customers. I’m not a downtown law firm,” Lanciault told Charest.

Moreover, believes the entrepreneur, “we will see the birth of a new Mile End.”