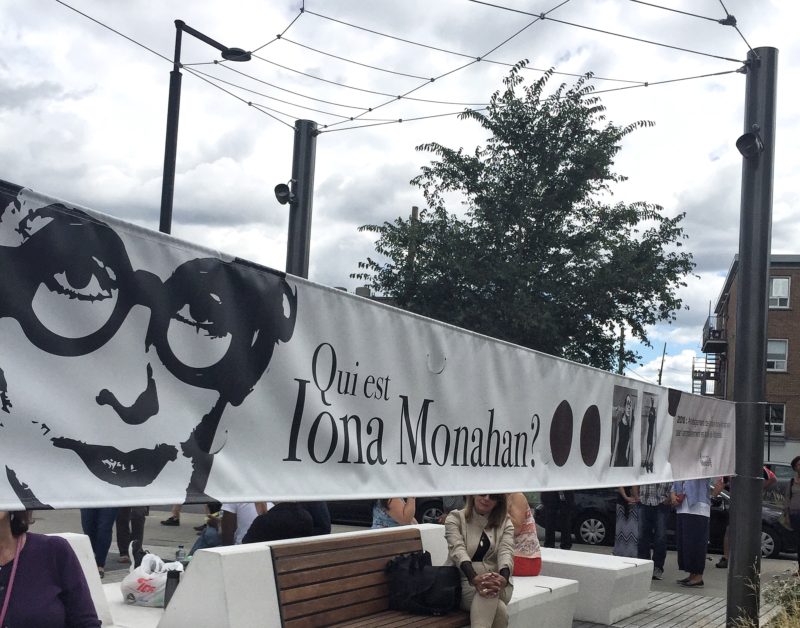 Today, DCMTL attended the inauguration of Parc Iona Monahan. This public space, on the corner of Chabanel and avenue l’Esplanade, has been welcoming hundreds of workers and residents from the neighborhood since the spring.

“This development addresses a real need in the neighborhood and reflects our engagement to revitalise Chabanel West”, explained Pierre Gagnier, the mayor of the borough, who was in attendance along with the other elected officials of the borough. 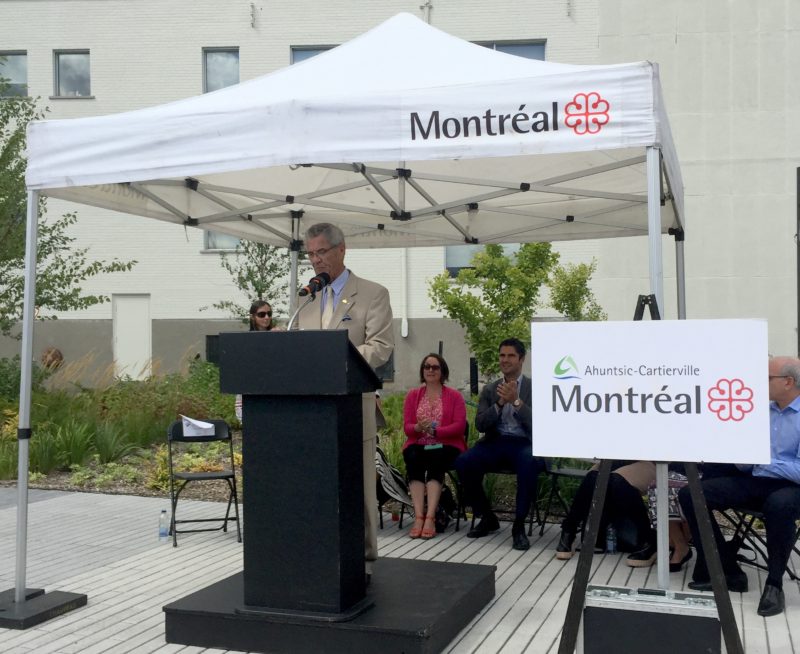 The development of Parc Iona Monahan is part of the municipal strategy to revitalise and improve the quality of life in this area of the city.

The installation, inspired by fashion runways, offers roughly one hundred seats to the hungry workers and residents of the area, who congregate there for lunch everyday. The space is also perfect for small cultural events and its large fountain, which uses water that is 100% recycled, creates a cool and ambient oasis, all while watering the plants that surround it. Wi-Fi is also expected to be installed by the end of 2016.

Situated at the heart of the historic garment district, the parc pays homage to Ms.Iona Monahan, 1970’s Woman of the Year and a member of the Order of Canada.

Monahan is well known for her very successful career as a fashion coordinator, artistic director and journalist. Over the years she has left a notable and lasting mark on the fashion industry, from her beginnings in the 1940’s, until her retirement in 2002. 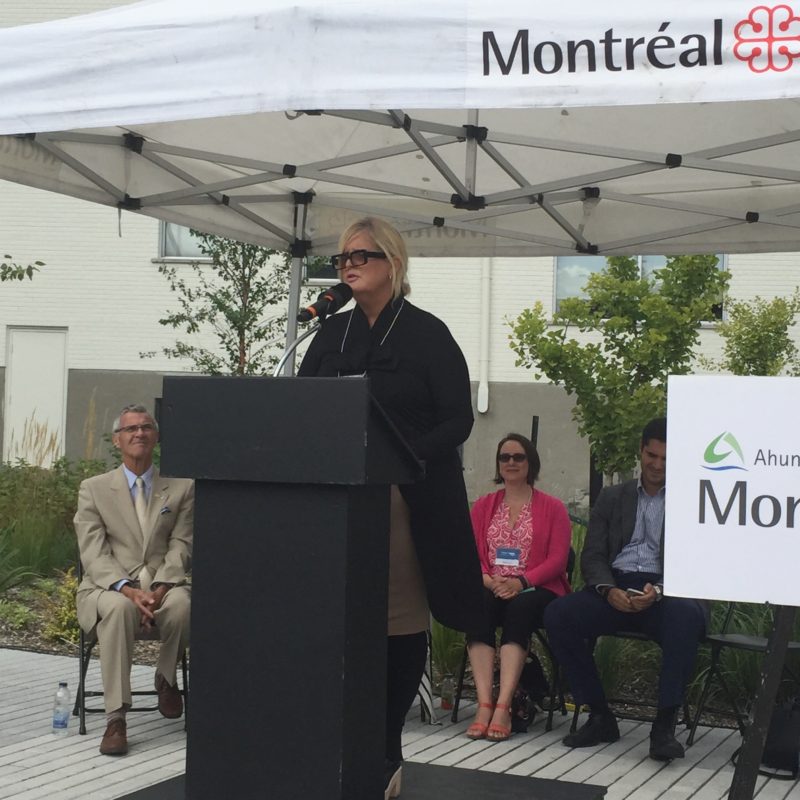 It was designer and former colleague, Marie Saint-Pierre who proposed Monahan’s name be designated to the new public space. Saint-Pierre, who was also present for the inauguration, highlighted the importance of commemorating a woman who has so profoundly marked the fashion, in a space that is at the heart of a neighborhood that defined Montreal fashion for so long.

This event marks an important step in the revitalisation of the Central District, as well as the place of women in the history of Montreal. We are proud to have had the chance to be a part of it.